On July 12th I was interviewed on Margaret Throsby's ABC Classic FM "Mornings" interview show. This was a great thrill for me having listened to Margaret on the radio ever since I moved to Australia thirty seven years ago. It gave me the opportunity to talk about my life and to play some of my favourite music. I confess that I was nervous ahead of time but, in the event, it couldn't have been easier. Margaret such a great interviewer which made it a real delight. And of course she's as gorgeous as ever. 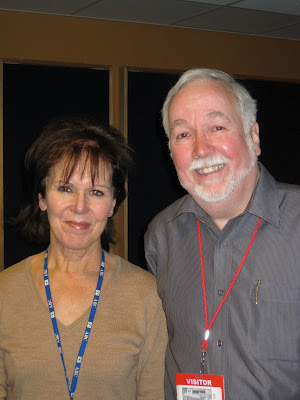 The main focus for me was Monkey Baa's play, "Emily Eyefinger", which has been playing at the Seymour Centre in Sydney. It's now touring New South Wales, starting this week in Wagga Wagga and Griffith and finally ending up in Melbourne. The play has been great fun, and I didn't have to do anything---well, apart from writing the Emily Eyefinger books. The success of the play, and it's almost sold out everywhere, is all down to the very clever people at Monkey Baa. 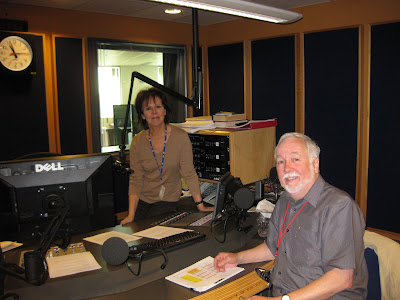 If you'd like to hear the ABC interview click here. And you'll get to hear the third (rondeau)movement of Francois Boieldieu's Concert for Harp and Strings in C into the bargain. How often does that happen? (Apparently this piece is one of Margaret's favourites too.)

The play is on! Full marks to the Monkeys! 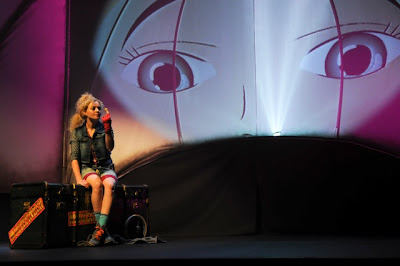 The Monkey Baa Theatre Company's play "Emily Eyefinger" is now on at the Seymour Centre in Sydney. It's an amazing piece of kids' theatre based on my Emily Eyefinger books but all credit goes to Monkey Baa for writing the script and producing this wonderful play. 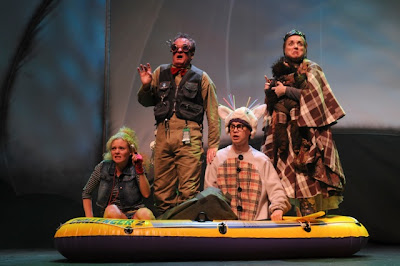 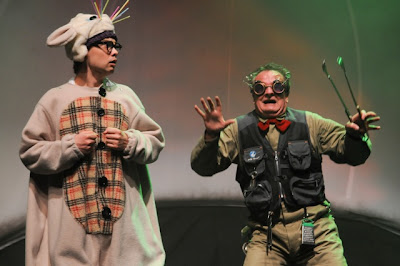 Douglas Hansell plays the evil Arthur Crim who is out to get Emily. 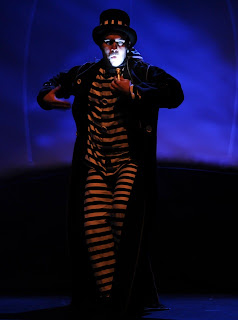 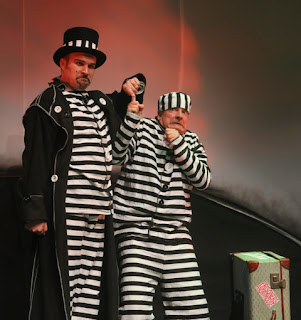 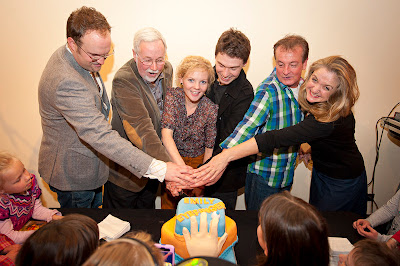 Here we are cutting the very special Eyefinger cake on opening night. 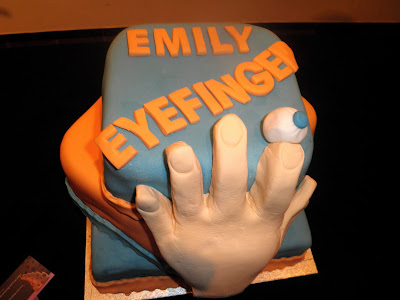 After that Emily Eyefinger tours to these venues: