Think of Spain and you think of bullfights and flamenco music but you won't find either of these in the north. A few weeks ago my wife and I were in the beautiful town (they call it a city) of Cangas de Onis in the province of Asturias on the north coast of Spain. There's a heavy celtic influence here where bagpipes are a traditional musical instrument and cider is the local drink. It's mountainous, cool and very rainy not unlike other celtic places: Ireland, Scotland, Wales, Cornwall and Brittany. 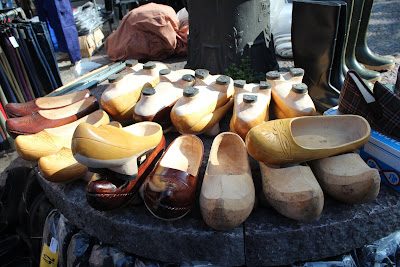 I spent a (cold, wet, rainy) summer in Asturias as a boy, swimming in the almost-unswimmably cold waters of the Bay of Biscay. And I often wore wooden clogs when I left the house because of the deep mud in the streets. The roads in villages are paved now and farmers wear wellies when they work in their fields but you can still buy clogs at the markets. I wonder if anyone still uses them.

My wife and I just happened to be in Cangas de Onis on the day of the annual Feria de Quesos---the Cheese Festival. This area is known for its wonderful cheeses, especially Cabrales blue cheese. In a big tent in the centre of town a panel of big cheeses were awarding prizes to the best cheeses while we made our way around sampling so many little bits that, by the time we left, we were too full to even think about eating lunch.

It's a pity we couldn't have brought a round or two back to Australia with us but of course quarantine rules forbid it. 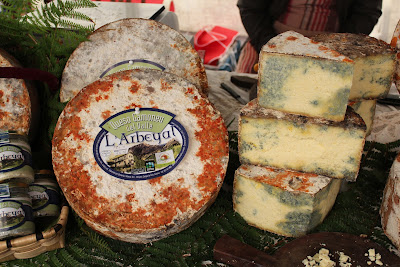 My latest book, Selby Sprung, is now in the shops! 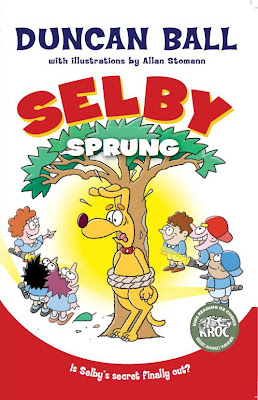 This is the sixteenth collection of Selby's adventures - and possibly the last.
The Selby saga began when I got a phonecall from Selby. He said that he was a dog but that he'd learned how to talk "people talk". He was keeping it a secret from his owners, the Trifles, and from everyone else. But he wanted me to write about his adventures. Of course I leapt at the chance. The first Selby book, Selby's Secret, was published in 1985.

It's been great working on Selby's books so it'll be hard to give it up. The decision to stop wasn't entirely mine. Earlier this year Selby rang to tell me about his latest adventures and I wrote them down as usual. Then he said, "I want you to call this book Selby Sprung." "Why," I asked. "Did someone find out your secret?" "Nothing's happened yet," he said, "but it will. I have a feeling that something terrible is going to happen to me and my secret will get out."

Months later the last Selby story appeared on my doorstep. It was written by Selby himself in his own paw-writing. It's the very last story in the book. I'd better not say any more or I'll ruin it for you.

Anyway, since my last blog post I've been travelling in the USA, the U.K., France and Spain. I was enjoying myself so much that I didn't have time to write any blogs. There was also the problem of finding WiFi (pronounced "wee-fee" in France and Spain) to get online. Now that I'm back to a humdrum writer's life and will have nothing to write about except my trips to the shops so I'm going to cobble together some travel stories from the past two months and post them along with some of the many photos I took. So watch this space.
Posted by Duncan Ball 1 comment: