I'm convinced that Port Arthur on Tasmania's South East coast was a terrible place when it was a prison in the mid 19th century. And the Port Arthur Historic Site Management Authority who run and maintain this now-ruined settlement do everything they can to give a casual visitor like myself a feeling for what life must have been like in the prison's heyday. In addition to all the tours and activities the management provides, each visitor is given a playing card which is then linked to information about a specific prisoner. In effect, I adopted a long-dead prisoner. Mine was very young when he was transported from England for a minor crime but that's all I can remember because I was soon distracted by the stories of other prisoners. And I confess that, rather than take all this history in tow I was further distracted by the natural beauty of the place on a glorious day. I must have watched too many episodes of Grand Designs because soon I was thinking, "Let's see now, some recycled hardwood beams supporting a new slate roof. A glass wall across the north side. My study would be there in the corner looking out on the water. I'd allow tourists in but only on weekends..."

It was a simple plaque with a list of names that hit like a hammer blow. This is a memorial to the victims of the  massacre that began in the now-demolished Broad Arrow Cafe. On that day in 1996 thirty five people lost their lives and twenty one were wounded when a gunman opened fire. For those of us living in Australia at that time the shock is still fresh in our minds. Unlike the prisoners of long ago, these were people were easy to relate to. They were people like us visiting the ruins of the prison colony to learn a bit more about Australian history. 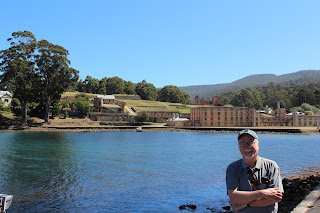 Until last year, Port Arthur was the prime tourist destination in Tasmania. It's since been overtaken by the   MONA, the Museum of Old and New Art, in Hobart. I'd heard good things about this imaginative building and its equally imaginative art collection but nothing prepared me for how original it really is. Parts of the collection is confronting but the friendly staff make sure that everyone knows where not to take the kids.

Below is a bit of the outside of MONA. Much of the building is deep underground. The Museum allows visitors to photograph the artworks but not to publish them on the Internet so all I can show you is the queue of people waiting to get in. 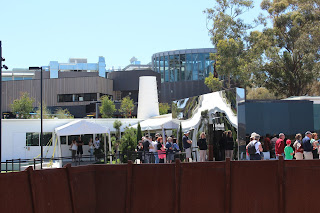 My son and grandsons live in Tasmania so that's a good enough excuse to visit, but we usually also manage to take in some of the spectacular scenery of the coast, the woodlands and the mountains. On this trip we wended our way up the east coast from the bottom of the Tasman Peninsula, where Port Arthur is, to the Bass Strait in the north.

This is the tessellated pavement at Eaglehawk Neck. I always thought that square or octagonal rocks like these were the result of lava cooling in just the right way but these aren't volcanic but sandstone. Somehow the cracks formed with the movement of the earth's crust around them. 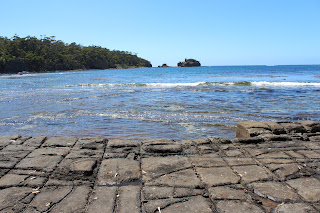 Here is some typical coastline of South Eastern Tasmania. 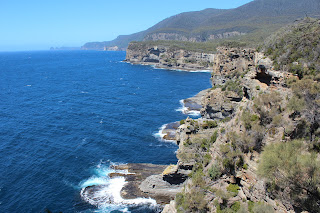 Cape Raoul is at the far southeast of the island. 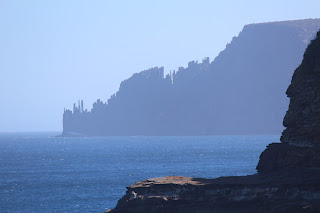 We didn't see any Tasmanian Devils but Tassie is "the road kill capital of Australia" and some of the many mangled roadside remains may have been Devils. We didn't stop to inspect them as we'd have interrupted crows having dinner. 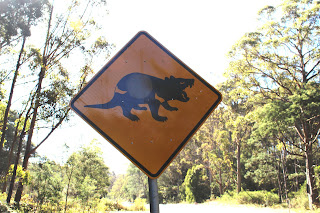 In Bicheno the weather was wild so, tempting as it was, swimming was not an option. 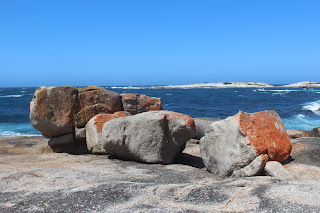 Here we found a baby fairy penguin hiding in a crevice in the rocks. Hopefully its mother eventually found it before a predator did. There isn't much rainforest left on the east coast of Tasmania. The photos below were taken on a walk through, St Columba Falls Reserve, one of the surviving pockets. We recognised the tree ferns as Dicksonia antarctica but didn't have a hope of naming the many species of smaller ferns clinging to them. 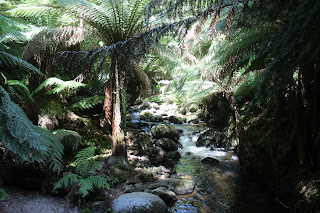 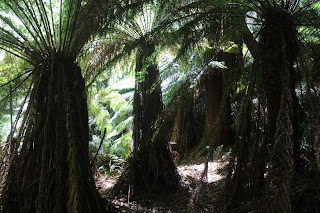 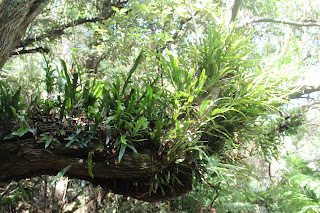 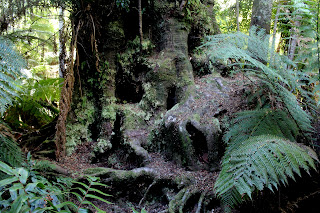 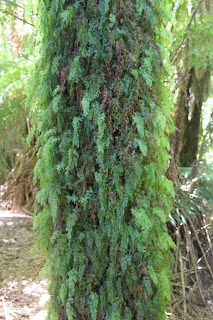 This flowering gum in Bridport on the north coast may not be a Tasmanian native but I couldn't resist including a photo. 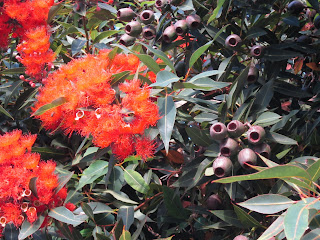 While hiking in the Picos de Europa National Park in northern Spain, we didn’t expect to see a Cantabrian Brown Bear, an Iberian Wolf, an Iberian Lynx or a Cantabrian Chamois and it’s a good thing we didn’t expect to because we didn’t. We also didn’t see a European Wildcat, a Genet, a Pyrenean Desman (a little mole-like mammal) or any of the seventy-odd mammals that live in these dramatic mountains. But we did see some interesting birds including Griffon Vultures circling above us. 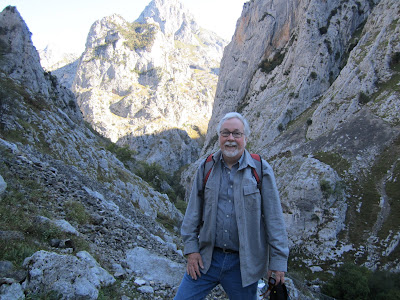 Our plan was to walk the Cares Gorge hiking trail at a time of year when this very popular walk wouldn’t be a conga line of walkers. So we went in October when it is invariably cold, often rainy and when we’d have the trail to ourselves. As it turned out, it was sunny and hot (none of the locals had seen it this hot in October) but, thankfully, there were very few other walkers. 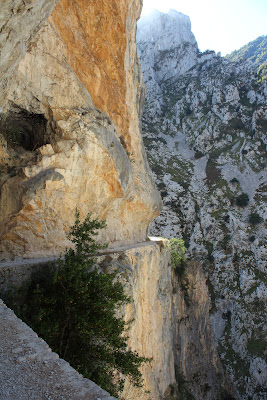 The young Dutch hitchhiker we picked up on the way into the park said that he spends much of his free time hiking around Europe but that the unique scenery of the Picos keeps drawing him back. Much more dramatic than the Dutch Alps apparently. 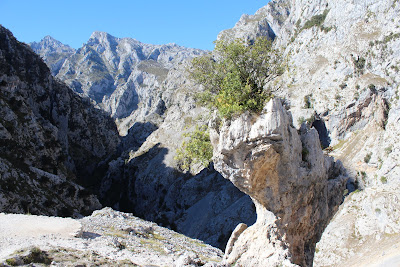 The scenery is both spectacular and unique. The Cares Gorge trail is relatively easy but probably not for people with vertigo and no parachute. Sadly, we had to turn back before getting to the end thanks to a heavy cold I’d picked up a few days earlier. One more grudge walk to add to the list but one I can't wait to do. 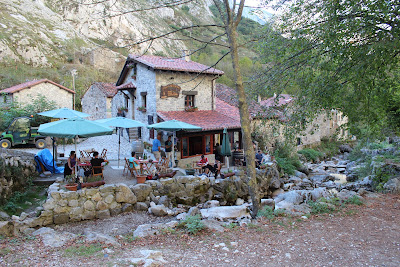 Even in the wilds of the Picos you're never too far from a cool drink.
Posted by Duncan Ball 1 comment: