No longer just the home of "football, meat pies, kangaroos and Holden cars" Australia is now a multicultural country. When I say this to friends overseas it's greeted with mild suspicion. It doesn't fit with their pigeon hole of what Oz is really like. Pigeon holes are a good way of reducing a complex world to bite-size digestible chunks. But maybe it isn't suspicion I sense from them but confusion. That could be from dropping in that quote while singing it to the tune of the old Holden TV ad. Of course then I have to explain that "football" here (Australian Rules Football) is nothing like their football(s), that meat pies aren't sweet and that Holden cars are made by a subsidiary of General Motors. I should stop singing that ditty.

Multiculturalism has brought us, among other things, wonderful food.  What took me to Tumbalong Park at Darling Harbour last weekend wasn't the food but Buddha's Birthday Festival. The food did play a part in my going because I was invited by vegan friends and the food stalls at the Festival had vegan food. But there was a lot more to the festival than food stalls. By the way, the festival is free, everyone is welcome and there are two days of events of all sorts.

Nan Tien Temple organises a Buddha's birthday Festival every year. If you live in or around Sydney you've probably seen, or even visited, Nan Tien's huge temple ("the biggest Buddhist temple in the Southern Hemisphere") on the hillside just south of Wollongong.

Buddha's actual birthday is celebrated around most of Asia on the eight day of the fourth lunar month, that is on April 8th although this year's Sydney festival was held on the 12th and 13th of May.

I'm not a Buddhist but a bit of a fellow-traveller. It would be hard to disagree with Buddhism's Three Acts of Goodness:

So put it in your diary for next year and check your local listings. It's good family fun and a welcome break from eating meat pies. (Does anyone actually eat the old gravy-on-cardboard any more?) 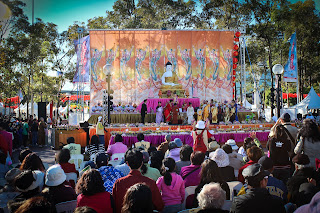 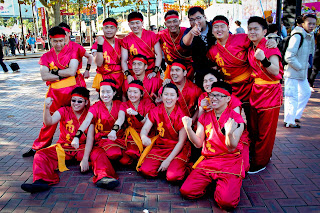 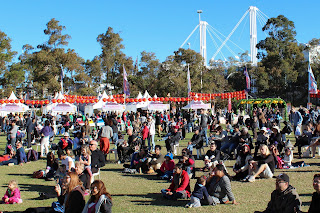 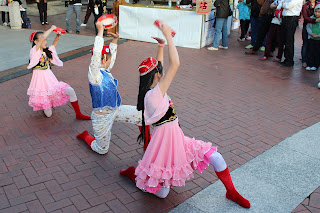 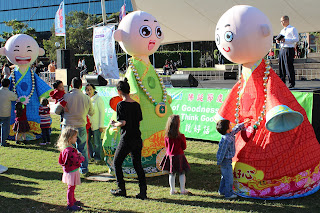 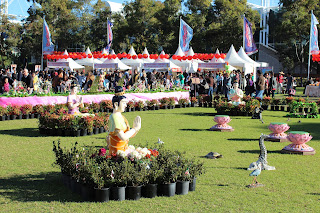 To any of you who signed up for Selby, Emily Eyefinger and my fabulous, (free!) Newsletter: there's another issue coming very soon; just as soon as my cold lets me finish it. If you're a kid and you haven't signed up already, what are you waiting for????
Posted by Duncan Ball 5 comments:

More from the work of Dana Carpenter

Here by popular demand are a few more photos, carrying on from the previous blog. These were also taken early last century by Dana Carpenter: amateur photographer, botanist and the local drug store owner in Middleton Springs, Vermont. My box of glass negatives has now been donated to the Middleton Springs, Vermont, Historical Society where the rest of this wonderful man's archives are housed. In the previous blog I said that I had about 40 negatives in storage in the USA. I'd forgotten that the number is closer to 120. All the more reason to send them to their rightful home. I'm hoping that I'll find eventually find out more about the subjects of these photos from the archivists of Middleton Springs.

Of the images below (again I've spared you the charred corpse although it was tempting...), there was a note with the negative of the old woman in the chair saying that she was 100 years old. In the previous blog there's a photo of two men in an early automobile. I've since learned that one of them was being given a ride in a 1907 Pope-Hartford for his 100th birthday. Was it something in the water at Middleton Springs? Or maybe "Carpenter's Grip" helped them though the long, cold winters. 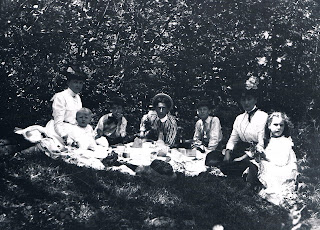 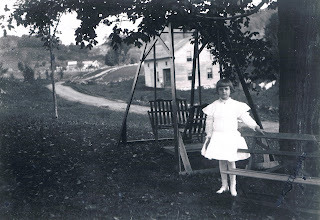 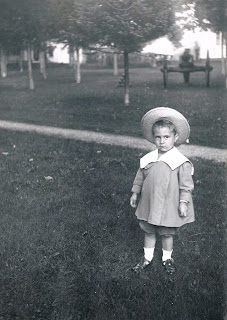 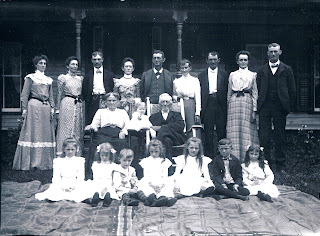 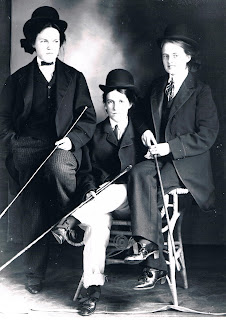 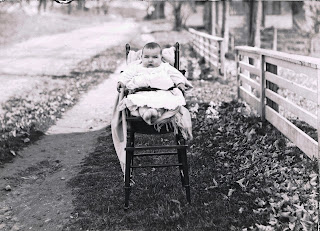 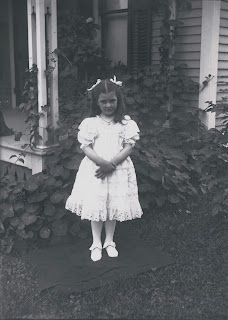 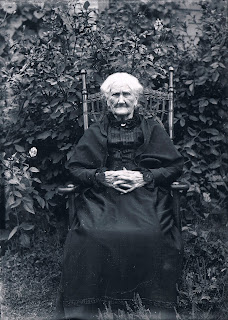 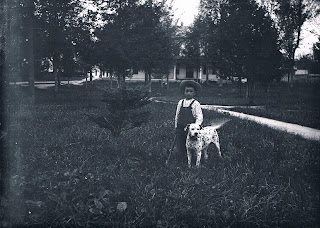 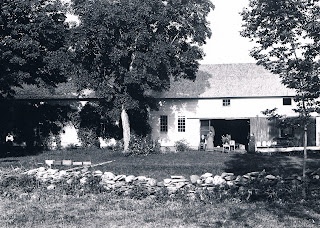 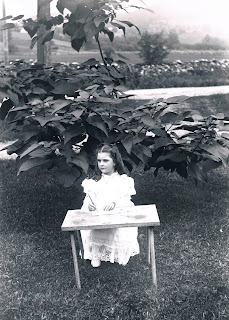 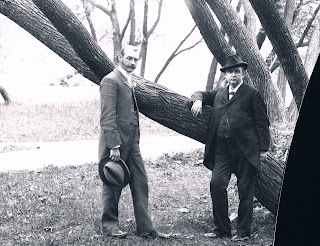 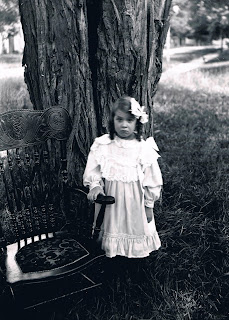 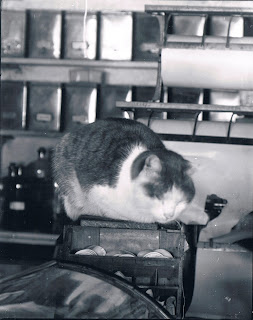