I've always loved old photographs so I couldn't resist buying forty 4 by 5 inch glass negatives from an antique store in Vermont many years ago. Judging from some with dates they were taken around 1900 and were of country people in rural settings. The photographer was not identified. When I got them home and made some contact prints in my make-shift darkroom (the negatives were too big more my enlarger) I realised what wonderful photographs they were. Had I stumbled across the lost years of Edward Steichen or Alfred Stieglitz?

When I moved to Australia I brought the contact prints with me but left the heavy negatives in storage in the USA. Recently I scanned the prints and used Adobe Photoshop Lightroom 3.6 to get rid of dust spots and to see if I could get the best out of the images.


But who had taken these photos?

There was a clue. One of the photos mentioned "Carpenter's Grip". My son, Eliot, got onto the internet and just happened to find an antique bottle of this cold and flu remedy for sale. It seems the maker of this elixir had been a druggist  for many years in Middletown Springs, Vermont. Searches for his name led to an article in an old newspaper and information about the town from the website of the Middletown Springs Historical Society. One bit of information clinched it for me: Dana Carpenter had been an amateur photographer. I'm now convinced that the photos are his.

Carpenter was a man of many interests and talents. He owned and ran the drug store, where he sold Carpenter's Grip but---typical of American drug stores---his store was more than a dispensary of medicine. It was the local ice cream emporium and, when the technology arrived in town, it held the local telephone switchboard. Carpenter was also the linesman, using trees and the occasional pole to string the wires to surrounding farms. As well as being a photographer he had a keen interest in botany and corresponded with other amateur scientists around the world. Perhaps his singing was his great failing.  He sang in the local Congregational Church choir where it was said that he couldn't "carry a true melody or produce a tone that did not sound like a she-bear in distress."

Below are some more of Dana Carpenter's photos (I've spared you the one of the charred corpse.): 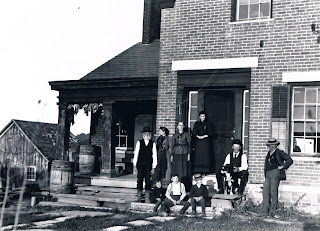 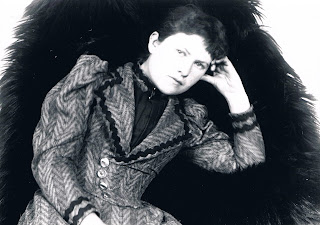 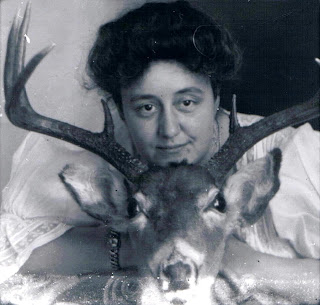 In the 110 years since these photos were taken rural Vermont has changed. Cars have replaced horses, the dairy industry is nearly dead, the streets are paved, bulky skirts and baggy woollen pants have given way to jeans, and hard physical labour has been replaced by computer drudgery. And now of course the world is in 256-bit colour. It's interesting to speculate on what life may have been like back then. Were the people like us? Were these happier times? Vermonters of that era were well fed and had a good life-span. We have better medicines now but, as for a cure for the common cold, "Carpenter's Grip" may have been just as good as anything we have now. We can never really know.

In any event, all thanks to Dana Carpenter, drug-store-proprietor, bottler of "Carpenter's Grip", ice-cream maker, telephone manager, amateur botanist, and---not least---photographer extraordinaire for giving us a glimpse into a vanished world.

The plan was simple: to visit a national park that we'd never seen before, to shake some city dust from our heels exchanging it for country dust, and to have a look at a particular Aboriginal rock art site. What we hadn't counted on was the amount of Australian wildlife we'd come across.

At the Visitors' Centre at Namadgi National Park south of Canberra the very helpful staff recommended The Yankee Hat Walk as an introduction to the park. I wondered if my Yankee accent had anything to do with this choice. In any event the promise of seeing the rock art and so many Eastern Grey Kangaroos that the fields would look like "a moving carpet of grey" sold us. We were told that the area had "the highest concentration of Eastern Grey Kangaroos (Macropus giganteus) anywhere in Australia".

Eastern Greys are anything but rare here in Eastern Australia but we never tire of seeing them. Like deer in the Northern Hemisphere, they're always fun watch as long as they stay out of the headlights at dusk. And, speaking of deer, a male kangaroo is a "buck" and a female is a "doe". The young break the pattern by being "joeys" instead of "fauns".

We drove south to the beginning of the walk and found only one car in the carpark at the beginning of the track. A good sign. It was a family of three with bicycles---not a bad way to do this track because it's mostly flat, across fields that had once been a sheep station. The distance to the rock art site is only three kilometres, an easy two and a half hours on foot, there and back.

Minutes went by and no kangaroos. Then there was one. And then another. Suddenly we passed a mob (no, the collective noun isn't a "court") of thirty-eight kangaroos. Within the first half hour we saw between one and two hundred. The next time we have friends visiting from overseas and they're not content to see kangaroos at Taronga Zoo, we'll bring them here. We had just happened upon kangaroo heaven.


An echidna waddled across our path. It curled up like a hedgehog when I tried to take its picture but patience paid off and soon its eyes and ant-eating snout reappeared. (Click) Echidna's, along with platypuses, are egg-laying mammals.


Another iconic bit of Australian fauna happened by but this one, a big goanna, was not for touching. They're not venomous and not aggressive but they can bite and, when they do, they hang on---forever.

The major species of kangaroo, including the Eastern Grey, are anything but endangered. Their principal predator was the Tasmanian Tiger (aka Tasmanian Wolf) which died out on the mainland about 2,000 years ago and in Tasmania sometime last century. Since then the main predator has been the dingo, the wild dogs introduced by Aboriginal Australians three to four thousand years ago. We didn't see any dingoes but we did see the remains of one of their meals.

We also didn't see any wombats because they're mostly nocturnal. What we did see was wombat holes and plenty of what we think was wombat scat on top of rocks and logs. Wombats aren't ones to hide their lamps under bushels or their excreta in out of the way places. These animals are truly proud of their poo. Or maybe it wasn't wombat poo that we were seeing. Wombat poo usually comes out square. (Don't ask how.) If you recognise the poo in the picture below, please leave a comment. (We promise it's not ours.)
Finally we came to Yankee Hat Rock Shelter, which we had all to ourselves. The "shelter" is a concave rock face with just enough overhang to protect its paintings from the weather.

The art itself only occupies a small area of about two square metres. The photo below shows about two thirds of the artwork on the rock face so there's not a lot there.

Below I've attempted to label the figures according to what the National Park people think they represent. Nobody really knows. The images undoubtedly had ceremonial significance but their true meaning may only have been known to the initiated and, even then, their interpretation may have varied with the level of those initiated. 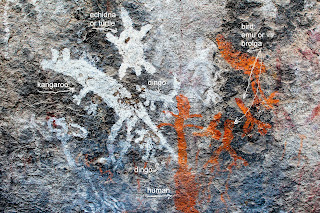 This sort of artwork is rare in this area. There is evidence that there were Aboriginal people in the Canberra region from about 21,000 years ago and there is further evidence that there were people camping near these paintings a long ago as 3,700 years but when these were painted is unknown. They may have been painted and re-painted over many years. The white pigment is clay and the red is ochre, perhaps coming from trade with other Aboriginal people nearer to the coast.

There's a fascination with this sort of artwork that's hard to explain. We can't look at them the way we might with a Western modernist painting such as the works of Pablo Picasso*, Joan Miró or Jean-Michel Basquiat. In other words, they can't have been acts of individual self-expression because there are cultural similarities with other Aboriginal art in Eastern Australia. And their painting is not nearly as polished as much earlier Neolithic cave art from Europe, for example, the bison and deer of the Altamira Cave in Spain. Maybe it's the mystery that moves us: who were these people and why did they paint these images? In any case, we were much moved by what we saw and, after a picnic lunch at the shelter, we picked our way back through the kangaroo carpet and drove to Canberra.

Still on the subject of bushwalking: a couple of weeks ago I did The Grand Canyon Walk walk in the Blue Mountains with my walking mate, Richard Tulloch. It's one of my favourite walks in the Blue Mountains. As usual he beat me to a blog about our walk. All the better because his photos are invariably better than mine. Because I've had some feedback from his blog I'd like to state---partly for legal reasons---that I strenuously deny being the "Shifty" in Richard's (highly amusing) write-up.