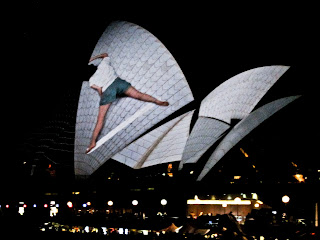 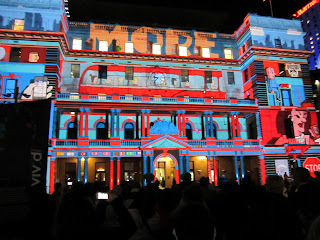 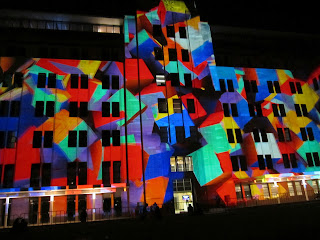 If you can't make it this year---and I realise that for my Northern Hemisphere blog-friends a quick flight to Sydney is probably out of the question---at least have a look at last year's Custom's House light projection. This year's doesn't seem to be on You Tube yet. And, if you've missed it, unlike the transit of Venus---which we saw last week in Sydney---you won't have to wait till 2117 to see the next one.
Posted by Duncan Ball

Wow... your light festival is really, really awesome! Your little pocket camera didn't do too badly! I especially loved the short videos you posted ... it brought life to what you showed in the photos... lights, sound, laughter, LIFE! Here in Canada the longest nights come along with the coldest temps!! Not as conducive to lovely light shows! But we do have the natural northern lights (aurora borealis) to cheer us a bit! =) However, it would be delightful to be in Sydney one of these years during the festival! Looks and sounds like a ton of fun! Thanks for sharing your experience!